Not On My Watch (The Devlin OQuinn Mysteries Book 2)


Cast: Freddie Prinze Jr. Nicole has a perfect family and trouble-free pregnancy; while Jen has a strained relationship with her family, trouble with men and gained weight while on a diet. Loosely based on Silverman's life.

Crowdfunding For Good From JustGiving

County hospital. Based on an Israeli format. The title character is a heightened version of Fox's brother, Ben Fox. Miller who happens to be an ex-con. Cast: John Stamos, T. Logline: An uptight, young executive hires his dad for an entry-level position and is shocked to discover that his new hire is a disruptive office clown. Cast: Cuba Gooding Jr. Witt, C.

Together, the duo finds the fans might be re-creating crime scenes from the show in their real lives -- behavior that has lead to a rash of disappearances and a likely murder. Emily Owens, M. In this romantic-time-travel-musical, a documentary filmmaker Amber Stevens travels back in time to the s where she meets and falls in love with the rock star Craig Horner subject of her film.

When she unexpectedly returns to the present day, she must find her way back to the past to reunite with her love and prevent his untimely death. Shelter -- PASSED OVER Logline: Drama set at a historic New England summer resort where the new and returning staff attend to the practical, emotional and often comical needs of the guests while navigating friendships, rivalries and romances of their own.

Compiled by Lesley. On this week's episode, the gang is chatting about the less-than-stellar teen horror-comedy, Buffy the Vampire Slayer! How asleep at the switch was Sutherland while making this? Why couldn't we get a little more gore? And why is the fight choreography so slow? On this month's Mail Bag, the guys read letters about Jeff Goldblum being a creep, idiot parents taking pictures of their kids watching Toy Story 4 , proms with cheap entertainment, and heinous monsters ruining a screening of Midsommar.

If you want your wild stories read on the air, or if you have a question for the gang, write into the mail bag: weallhatemovies gmail. What is with those nipple tentacles?


Who thought the film needed an improvised Michael Madsen sex scene? And what kind of a name is Xavier Fitch, Ben Kingsley? Cheese origin story is here! On this month's journey into the magic ribbon known as The Nexus, the gang is chatting about two Trek episodes that may, at first, seem totally unrelated, but when you boil it down, they're both pretty dumb! If you want to unlock the full show, head on over to our Patreon page and sign up today!

The gang rounded things out at the Gramercy Theatre by talking about the absolutely ludicrous horror remake, The Wicker Man! What's with that Aaron Eckhart cameo?

We can't stress enough that you don't have to be a fan of Trek to enjoy the show—even our own Chris Cabin couldn't care less about the franchise! So if you like what you hear, head on over to our Patreon page and subscribe today! Instantly access hours, upon hours of exclusive content, not only for The Nexus , but also bonus shows on Star Wars , bizarre cartoons from the '80s and '90s Our Patreon is not only home to this massive archive of additional content you can't get anywhere else , but it's also how we keep the lights on here at WHM. 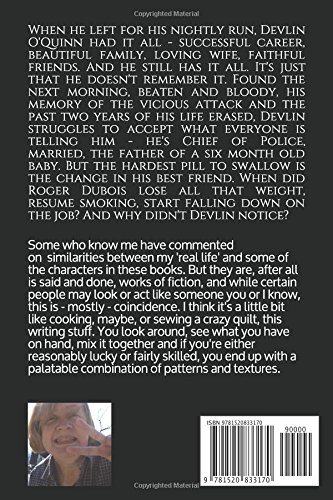 So if you dig the show and like what we do, please consider supporting us over at the Patreon. You won't regret it!

On this month's Animation Damnation , the guys are chatting about the totally off-the-wall cartoon, Noozles! The episode in question, "A Wonderful Friendship," which originally aired July 7th, , was the pilot of this bonkers bit of animation and features classic cartoon crackups like: exploring—HEY NOW! To access the full show, head on over to our Patreon page and sign up today! You'll instantly unlock not only this episode, but countless hours of extra content exclusive to our patrons! On this week's Summer Break episode, the gang is live from the D.

Improv chatting about the super-silly Nicolas Cage remake, Gone in 60 Seconds! What's with Cage's character's name in this? What on earth is with that Giovanni Ribisi breakfast recipe? And how long do those two guys wait for that dog to On this month's full-length bonus episode, the gang rises from the ashes of that lost National Treasure live show with a discussion about its ridiculous sequel, National Treasure: Book of Secrets!

To access the full show, along with several hours of additional bonus content, head on over to our Patreon page and sign up today! On the first Summer Break episode of the year, the guys are live from Boston, Massachusetts, chatting about the bat-shit crazy Alex Proyas film, Knowing! This was the first night of the East Cage Tour and the show featured several talking points including: just how much does Nicolas Cage look like a scarecrow in this movie? Are these things angels, aliens or Scandinavian perverts? And what kind of person brags about a hot dog recipe?

On this month's entry into the Gleep Glossary, Eric tells the guys about his favorite character in, well possibly the entire galaxy—IG! To access the full show, head on over to our Patreon page and sign up today—instantly access this show, along with hours upon hours of exclusive content! On this week's episode, the Summer Blockbuster Extravaganza comes to a close—as does WHM season nine—with a conversation on the absolutely bonkers, but fun-bonkers, blockbuster that started it all, The Fast and the Furious!

Did anyone notice that this is just Point Break with cars? Why did they make the huge score a bunch of DVD players? And how did no one think to rename the big racing convention something other than, "Race Wars"? Step into that magical ribbon with us once again, loyal Patreon subscriber, as the gang drops the 35th!!! This episode is for subscribers only. Instantly access days' worth of bonus content!

On this month's Animation Damnation , the gang is chatting about the utterly confounding cartoon, Hulk Hogan's Rock 'n' Wrestling! On this week's Summer Blockbuster Extravaganza episode, the gang is chatting about the completely unnecessary remake, The Taking of Pelham ! Why did Tony Scott think all that drop-frame effect stuff looked good? What's with Travolta's casual use of the word "bunghole"?

And on what planet would Michael Rispoli talk shit to Denzel like that and not get punched in the face by the end of the film? Eric doesn't think so! On this month's dip into the WHM letter sack, the gang is chatting about a threatening landlady, tire fires, Comedy Central's Premium Blend , watching uncomfortable movie sex scenes with parents, and much, much more! If you want your stories read on the air—or if you have a specific question for the gang—write into the mail bag: weallhatemovies gmail.

On this week's episode, the Summer Blockbuster Extravaganza heads to Disasterville as the guys trash the totally ridiculous Roland Emmerich-helmed, end of the world joint, !